Home » Blog » Common Plumbing Problems: you can solve for yourself

Our plumbing specialist with many years of experience in the field of plumbing and plumbing repairs as well as installation and repair of water heaters and related services in all parts of London has come to the conclusion that many of the plumbing problems for citizens and residents Created in the City of London are common among all customers. So we decided to tell you Common Plumbing Problems that if you encounter these problems and issues, don’t worry too much about trying to solve these Common Plumbing Problems yourself and if you find that you don’t contact us to fix the problem.

The first trick: solve the plumbing problems in the bathroom

One of the common plumbing problems that may occur in a bathroom is dripping water from the pipes. This problem is most likely due to connections that are not properly tightened. To solve it, simply open the shower and wrap a rubber band around it to prevent water leaking. Occasionally problems in the showerhead, such as a shower, are confused with problems with the plumbing. After a while, the shower may get clogged and have difficulty transmitting water. If this is the case, just place the showerhead in a hot water and vinegar solution for one hour and then, using a small brush, clean all the deposits and clogs.

The second trick: fixing the pipe

From now on, if you have problems with clogged pipes and wells or water, you will not need expensive chemicals. In addition to their high cost, the use of chemicals is also very harmful to human health. You can use sweet and vinegar boiling to remove the clogs partially. Pour some of the baking soda into the tubs and then mix in some of the baking soda with the vinegar and pour it into the tubes. Then close the tube open for thirty minutes and wait.

Although the creation of sewer networks and the existence of other sewage pipes have greatly reduced the problems of their sewage wells and microbes, they also have problems that can only be resolved by pipeline companies and technical services. Problems with sewage pipes are one of the main problems with the building sewage system that needs to be addressed by the technical services of the sewage system. With the increasing growth of buildings, sewage wells and the urban sewage system are becoming more and more demanding, one of the two essential components of each building’s needs. Today, with the increasing production of sewage, sewage wells are no longer attracted to the production wastewater, and in addition, many wells have been dug under the buildings, so that new wells can no longer be dug.

In the sewage system, the Vent building plays an important role in preventing odor from spreading in the building.

Vent’s implementation includes a few things to keep in mind:

– The end of vertical risers is directed to the roof because of the vertical airflow in the path of the pipes.

Underground drainage pipes are attached to the toilet siphon or shoebox and on the other hand (above) to a pipe that only serves as a vent radiator (there is no running water in these pipes) and this results in the pipe Avoid airflow and prevent discharge of siphons during high-flow water.

– Another method called a full vent, the Vent Vertical Riser connects directly to all siphons in addition to connecting the drainage drains separately and is a safer way to prevent drainage when high-flow water passes through the siphon.

According to plumbing specialists, these are usually common plumbing problems in the city of London, though we tried to briefly summarize a few. 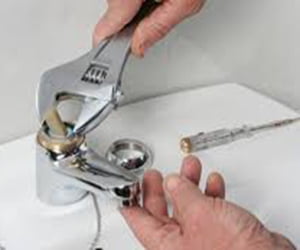 One of the Common Plumbing Problems is water leakage at pipe joints. Sometimes whatever you try to tighten the pipes in is useless and the pipes aren’t tight enough. Sometimes the pipes also seem to have too tight connections and it is impossible to open them. In both cases, you can use heat to solve your problem. To do this, just use a propane burner and heat the pipes a little before work. As you know, this method can only be used for all kinds of metal pipes and this trick is very dangerous for gas pipes or plastic pipes and fittings.

Water tanks are usually located in the attic or upper floors of houses. Therefore leakage from these tanks results in leakage of the roof. This is Common Plumbing Problems. You have to act fast. Disconnect the power supply first. Position the tank so you can see where the leak is. Then open all the faucets in the house. This drains the cold water pipes and reservoir, and the water does not flow into them until the main valve is closed. Search for the cause of the leak. Leakage can be due to pipe bursting, loosening of connections, leakage of the tank itself, or water overflow. If the cylinder is leaking hot water, turn off the welding tank and discharge the cylinder through the hose with one end connected to the valve and the other end to an outer tank. Then repair or replace the equipment.