Home » Blog » Plumbing in the building ,Price , quality and speed and precision

Plumbing in the building Price, quality and speed and precision

Choosing the best method of house plumbing while refurbishing or constructing the building is can be based on examining factors such as the speed of execution, cost of work, quality of work and maintenance of water plumbing in the building. Of course, the shape of the structure is also very important in finding the best piping method.

The form of the structure means that the building is under construction or is in residence. This important factor plays an important role in choosing the type of plumbing for a building that cannot be easily overlooked, especially if you are planning on plumbing on a separate floor.

In general, among the listed piping methods if you are looking for the fastest house plumbing method, we suggest you split and tap water, especially if the building is residential. Because in this method, as mentioned above, pipes can pass through the surface of the wall without damage. In fact, they also use this house plumbing method for water plumbing repairs because of the lower costs and higher operating speed.

But some people do not use the plumbing in their building because of the appearance of the pipes in the plumbing. However, given the many advantages of wall-mounted plumbing, construction artists have found a way to fix this problem and that is the use of ducting. Ducting is in fact the use of special tube frames that cover the entire outer surface of the tube and, in addition to the beauty, make it workable. 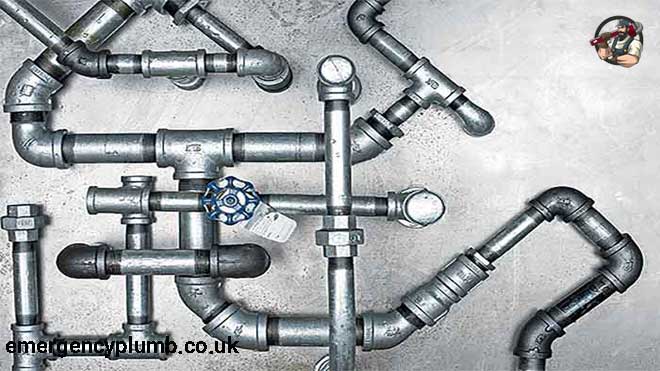 Because as mentioned above the collector plumbing is a category of plumbing, but the reason for the speed of operation in this model of plumbing as we mentioned before is because of two important factors which are collector device and layer tubes. Because the collector helps to split the building quickly, and use of the layered pipes, because of the easy installation of this model, will increase the working speed of the pipes. Click here to learn how to connect the five-layer tubes with the film.

Which method is less expensive?

Which method is better than piping?

As you know, quality is one of the most important factors in plumbing, and we always advise you to maximize quality to avoid future overheads. The quality of the piping can be examined by checking the pipe life, piping speed, water pressure and ease of access to the pipes. If you want to choose the best quality plumbing system for the building under construction or refurbishment, we can name only the collector plumbing with the layered ceilings.

The reasons for the high quality of this piping model are; not causing any adverse effect on the speed and pressure of the water due to use of layered pipes and the air inside the pipes through the automatic air intake valve above the collector. The advantage of a plumbing model is that it can be sub-roofed because of the material pressure applied to pipes, which also increases the service life of the pipes and reduces leakage.

Surface plumbing, of course, can also be used for layered pipes and because they are out of the wall, no pressure is applied to the pipes, but the advantage of collector plumbing is that the water flow in the pipes can be easily controlled throughout the building at various locations. This advantage is apparent when you have trouble disconnecting water at one point in the building, so you will not need to cut off the entire water flow.

Picture: Being able to control the flow of water throughout the building is one of collector plumbing features

Which method is better for a residential building?

plumbing in the building, In this case, the best method is piping with five-layer pipes which makes it easier and cheaper to replace water pipes. Eventually, water pipes, like other construction equipment, may become damaged after a while and may need to be repaired or replaced. In this case, the initial plumbing shape of the building will determine how much it will cost and time to repair or replace the pipes.

Among the different methods of plumbing, it can be said that it can be the least costly and time-consuming to replace or repair or even split the pipes. Hot water pipes may get damaged due to high water temperature which is a common problem among the heating system pipes of house.

Final Tips on House Plumbing(plumbing in the building)

As we mentioned before the type of pipes also plays an important role in the efficiency of the piping. The higher the quality of the pipes, plumbing will work better for longer. As you can see; there is a great diversity of water piping in construction, so maybe you may not be able to correctly identify the best way it can be suited to the structure, design, and use of the building.